Despite the current global slowdown Asia's tourism industry has maintained an elastic growth. According to recent statistics by the UN World Tourism Organization, Asia Pacific region is the fastest growing tourism market in the world. 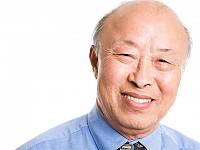 The first six months of the year 2012 saw tourist arrivals grow by 8 percent. The number of international tourists globally grew by 5 percent to 467 million. According to Boston Consulting Group Asia currently accounts for over 40% of the world tourism spend. Tourism industry contribution to the Gross Domestic Product within the Asia Pacific region according to the World Travel and Tourism Council is estimated to be approximately US $ 533.7 billion.

The WTO projects the Asia Pacific tourism to grow between 4 to 6 percent which is higher than the 4 percent of the worldwide average projection. Nino Gruttke who is the ITB Asia director was quoted saying “if you combine market size with growth the Asia market is a highly attractive market”. He further added that Asia is growing and becoming more independent which has made more stakeholders to invest in the industry.

By the year 2020 the Boston Consulting Group estimates that the middle class in India and China will hit one billion. It further projects that consumers in China and India will spend at least $ 64 trillion between 2010 and 2020 on different goods as well as services. Besides the increasing middle class and the large population, budding industries are also expected to be initiated.

According to the Assistant Chief Executive of the Singapore Tourism Board Neeta Lachmandas, the Asia's tourism industry is promising and more opportunities are yet to be seized. She argues that as opposed to the Caribbean and the Mediterranean the Asian market is still at its developmental stage.

More cruise lines are realizing the opportunity in Asia making it a huge source market for cruise tourism. The grand opening of the Marina Bay Cruise Centre in Singapore is a landmark with Costa Cruise, Seab Cruise and Celebrity Cruises making their maiden calls as well as homeport to Singapore.