The recently concluded World Travel Market held in the United Kingdom saw the revelation of three travel trends prevalent in the global tourism industry today. Focusing on emerging travel trends is one of the best ways to increase interest and conversions for any organization operating in the travel industry. 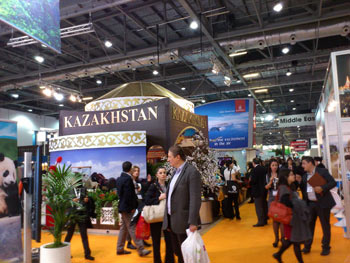 Use of Smart Phones and Smart Television

The increasing importance of smart devices is well documented by the media and experts all over the world. From the economical point of view, the sales of smart phones and smart televisions can also be viewed as a marker of how the global population is adapting to these new technologies.

This trend has also influenced the global travel industry. The natural evolution of people's interest in smart phones and smart televisions means that they have started using them for their travel needs as well. Such trend can be leveraged by travel industry organizations in a very effective manner.

A good example of how an organization can benefit from the popularity of smart devices is to use specifically designed smart television apps that will allow the users viewing a travel program to immediately book their trips. Thus, the influence of moving images can be used by an organization to form an emotional connection with its target audience.

Increasing Accessibility to Previously Restricted Locations of the World

Previously closed off regions of the world are increasingly becoming accessible to potential travelers. For instance, countries like North Korea, Myanmar, and Cuba have traditionally been off limits to travelers. However, with political landscapes changing in these countries, it is becoming easier for adventurous travelers to consider them more seriously.

In addition to this, improving international ties also contribute to this trend. A good example of this would be the American government easing the visa requirements and streamlining the entire process for its citizens to visit Cuba.

Similarly, North Korea, in 2010, opened up its borders to international visitors for more than just five days. Perhaps, the ideal example of changing travel trends of destinations becoming accessible is that of Myanmar. Improving diplomatic relations between the US and Myanmar have boosted tourism to such an extent that by 2016, Myanmar is expected to see a whopping 71 percent growth of its tourism industry.

Significance of Driving Industries Such As Nollywood in Nigeria

Travel trends are also being driven by other industries and the best example of this would be Nigeria's film industry, Nollywood. The tremendous growth and development that Nollywood has gone through in the last few years has resulted in it becoming the second largest film industry in the world in terms of volume. Nollywood sees around 2,000 films released every year which is only second to the Indian film industry.

Nollywood, according to many international travel experts, has a great potential in improving the tourism industry of Nigeria. The growth of the country's film industry has presented the African Diaspora in other parts of the world. For example, the fans of Nollywood are becoming more and more interested in traveling to Nigeria to see the film cities and shooting locations. Moreover, even the business world is sitting up and taking notice because of the economic opportunities that the growth of Nollywood offers.