The Tourism Review Digital Network (TRDN), accessible via Tourism-Review.com, is now available in a Russian Edition to reach a potentially large developing travel market in all countries with a large Russian-speaking population. 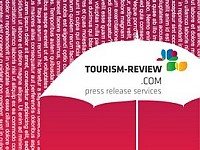 The Tourism Review Russian Edition is now available to accommodate the company’s expansion strategy and reach developing travel markets comprised of people speaking the Russian language. With 280 million Russian speakers worldwide, the language is the world’s fifth most popular, demonstrating a huge potential for advertising travel destinations and services in Russian-speaking markets. The new edition exhibits a large potential, even over Spanish-speaking travel markets, in terms of size, potential, and opportunity for promotion.

One of TRDN’s 8 language versions, the Russian Edition expands the capacity for Tourism Review partners to establish online campaigns to promote travel business or tourism destination in the local languages of consumers. Advertising, advetorials, video promotion, directory listing, and press release marketing are significantly expanded, since Russian is the official language in 10 different countries and widely spoken in eight others. The largest Internet market in Europe since September 2011, Russia is a potentially highly lucrative market for online travel business.

Also, the Internet has proliferated in Russia, with currently over 68 million users and 90 million expected by the end of 2013. Combined with the nearly 33 million mobile Internet users in the country as of 2012, the potential for reaching this travel market is huge. Advertising and promotions can therefore be distributed to Russian-speaking computer and mobile device users on a wide scale, expanding business opportunities, marketing potential, and sales potential.

Social media is another avenue for making travel promotions available in local languages. The Russian Public Opinion Research Center conducted a survey that found 82% of Russia’s Internet users were members of social media networks. Representing a rise of 30% over two years ago, the rapid rise in potential is another reason for Tourism Review’s decision to release the Russian Edition.