With the uncertainty of the fiscal cliff negotiations passing in the rear view mirror, 2013 is projected to see a substantial increase in spending on business travel as companies gain confidence in their ability to accurately predict future spending needs and commit funds to investments at home and abroad. 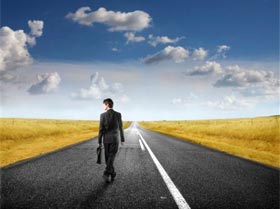 According to a new report from the GBTA sponsored by Visa Inc., the US should see growth of 4.6% in overall spending on business travel in 2013, bringing the total spend to $266.7 billion.

Depressed spending in the final quarter of 2012 was caused by tense Congressional negotiations and the uncertainty of the presidential election, but with the outlook for 2013 more stable it is expected that companies will be aiming to increase budgets for business travel to make up for the postponement of non-essential trips in previous months.

However, while the economic outlook in the wake of the successful settlement of issues in Congress has brought an increased confidence to decision makers, growth in the early months of the year is still set to remain sluggish as the economy in general continues to struggle. Even though Congress has reached an agreement to prevent disastrous tax increases and spending cuts, GBTA executive Michael McCormick noted that there are still issues that must be addressed before confidence returns. He went on to predict that "pent up" demand to return to the road will be the driving force behind business travel spending growth in 2013.

While the total spend is set to increase in 2013 the total volume of business trips is expected to fall by 1.1%. The growth in spending will be accounted for by slight inflation in the cost of travel, primarily in air fares and hotel accommodation.

Spending will also increase due to a strengthening of international travel increasing the average cost per trip despite falling volume. International outbound business travel spending is projected to increase by 5.9% in the coming year, while group travel spending is set to increase by 5.2%. This prediction has been repeated by the American Express Global Business Travel Forecast for 2013, which predicted strong growth in emerging economies in Asia, while more mature economies would remain relatively flat in the coming year.

However, while the GBTA predictions are heartening for those set to profit from business travel the ongoing economic uncertainty could make the 2013 predictions unsteady. Growth for 2012 had previously been predicted at 2.6%, though the final figure was just 1.6% due to the confidence shaking effects of the elections and fiscal cliff negotiations. It is hoped that the steadier economic outlook for 2013 will lead to a greater accuracy in growth projections.

McCormick reported that the projections for group and international travel were encouraging for all in the industry. He pointed to growing confidence in the economic future of the US as the primary driving force behind the growth in international travel. With increased confidence, companies will be planning to make longer-term investments both at home and overseas as the economy continues to gain strength, and in order to do so they will need to increase investment in overseas travel.