While Cuba is not always thought of a place where tourists flock, the Cuban ministry of tourism has recently predicted that they are expecting around 3 million tourists by the year 2013 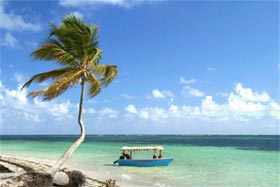 A vast majority of these tourists will come from Canada. Britain will provide the most European visitors. For the first time in more than 40 years the United States will begin allowing a certain amount of people to visit Cuba as well.

Manuel Marrero, Cuba's Minister of Tourism, said that the target of 2.9 million for 2012 was eclipsed, and that 3 million for 2013 should be well within their sights. This is happening despite the continuing worldwide financial crisis, which has caused cruises to be cancelled from Europe and hotel and travel agency inefficiencies. While the United States economic blockade imposed in 1961 continues to affect tourism, the U.S. did ease travel and charter flight restrictions last year which has made American travel to Cuba easier than it has been for many years.

Marrero says that even with all of these obstacles 2013 is going to be a great year for tourism in Cuba. These days, unlike the past, they should reach their set goals combining the private and state tourism industries, because they no longer see the state "as a competitor," explains Marrero. This new spirit of cooperation has created an environment in Cuba that is much less confrontational than in the past.

There are 60,000 rooms available in Cuba in 300 state hotels, while the private sector provides 4,280 rooms and more than 700 houses that tourists can rent. A lot of this focus on tourism has to do with Cuba's leader Raul Castro. Castro continues to stress the importance of tourism for the country as it is the second largest source of revenue for them.

As long as tourism remains an important part of his economic reform package the tourism industry should continue to show growth.