The Philippines is turning to India as a promising source market of travelers. 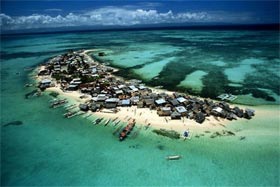 During the recently held Philindex (Philippine India Travel Exchange), Benito Bengzon, the assistant secretary for tourism said that the country is looking at India as a potential market for Philippines travel destinations. He pointed out that the South Asian country has a big number of potential travelers and its increasing wealth and newfound prosperity will result in an increase in the disposable income for holidays and pursuits related to travel.

Benito added that it was predicted that by 2020 the number of India’s travelers would have grown tremendously and that Philippines should be able to establish itself as a destination of choice by then.

Philippines used to get a big number of tourists from China but the continuing dispute due to certain territories in the South China Sea means that Manila cannot rely on travelers from China any more.

Benito stated that Indian tourists usually spend a lot and that most stay more than a week. They mainly prefer travel destinations with easy entry procedures and good air connectivity.

During the recent Philindex, several travel agencies, wholesalers, tour operators from Philippines and India discussed ways of increasing the amount of Indian travelers and improving the performance of the Bengaluru and Chennai markets which are responsible for 26% of the total outbound travel from India.

Benito said that the Philippines is increasingly relying on tourism as an engine for the growth of the economy. According to him, a total of 38, 8108 tourists were generated by the Indian market last year which compared to the same period in 2011 was an increase of 8.18%.

Comparisons in October 2011 and October 2012 showed 42% growth. This achievement may be caused by the 14-day visa-free entry facility implemented by Philippines for Indian tourists who are holders of valid Japanese, Australian, UK, and Singapore, Schengen or US visas.