5.4% GROWTH IN THE GLOBAL TRAVEL INDUSTRY

The travel company Amadeus was recently commissioned to carry out a study into future growth within the industry and the results have been published by Oxford Economics. 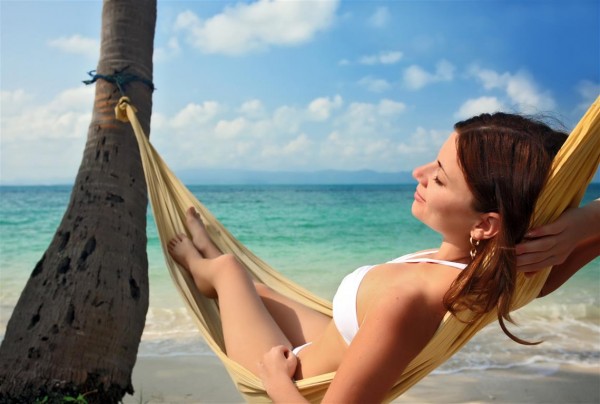 Shaping the Future of Travel: Macro Trends Driving Industry Growth Until 2023, as the title suggests, it is a report on the factors that will contribute to growth in the global travel industry and the issues faced.

The key finding is that growth is estimated at an impressive 5.4% a year. This would be faster than world GDP, which is only predicted to be 3.4% over the same ten year period, and in line with global trade flows of 5.8%. While this is the result that will make the headlines, the report also offers plenty of interesting insights into how growing wealth in emerging markets, improved employment and changing consumer habits will shape this global growth over the next decade.

One of the biggest predictions to take away from this report is the idea that China will overtake the US to become the world leader because of growing wealth, with the nation coming out of a recession, and the greater competition that will therefore be created in the region. Furthermore, Asia as a whole is being seen as a growing market to watch out for, especially within India and Indonesia, but there is also talk of Russia's potential over the next ten years. One statistical factor within this report that helps illustrate this high growth in Asia is the increase in the number of travellers making overnight trips worldwide. At first glance, the pie chart for 2012 and the forecasted 2023 data look very similar because of the portions sizes for Asia Pacific and Europe; however, European figures are set to increase from 2,024,016 to 2,977,138 while Asia's practically doubles from 1,087,120 to 2,244,746.

This predicted growth in China is also attributed to an increased ability to travel abroad because of greater employment, which in turn is set to lead to increased business travel and promotes the possibility of more long haul flights. The growth of the Asian market could increase the number of business trips across the continents; figures show that not only will Asia see 55% of the growth in this area, this will contrast with a much slower rate in Western short haul business flights, where the high numbers seen before 2008 are not anticipated again until 2018. This idea is backed up further by data on domestic and international hotel bookings. Since 2010, international bookings have remained higher than domestic ones and while the prediction for domestic bookings shows a wobbly line with slow growth between now and 2023, the international graph is smoother and shows a much faster rate. Interestingly, this report also a predicts expansion for global low cost carriers. Perhaps unsurprisingly, given the slower growth forecast, this trend is currently more common in Europe, where 250 million used LCCs, but there is also a surprising 150% rise in Asia. Some still believe that long haul LCC options would prove problematic but others are encouraging airlines to experiment with the idea.

According to the report, passengers are showing an increased desire for better hub airports and what they call "seamless travel" between the airport and final destinations. It is portrayed as an area that needs some work; improvements are slowly being made, like the joint venture between the Heathrow Express and Singapore Airline, but this is not at the rate hoped and there are calls for smoother connections and transitions for passengers. Another key area cited is mobile booking and technology, which is named as a key tool for unlocking the forecasted growth. American mobile bookings have tripled since 2012 and it is predicted that a fifth of European ones will be mobile by as soon as 2015. Businesses need to understand mobile technology and bookings better if they are to be a part of these emerging markets and if airports and airlines are to initiate seamless travel.

Summary: what should tourism businesses take away from this report?

In short, there are plenty of positive forecasts for growth in the international industry, which offers hope for international business trips and hotel bookings, and the idea of growth being higher than GDP will stick in the minds of many who read the report. It is, however, important to remember that there are warnings attached to this encouraging data; growth is likely but only if companies make the effort required and invest in the right areas – mobile technology, seamless travel and LCC options – if they are to compete in these growing Asian markets.