In a poll recently conducted by the German National Tourist Board (GNTB), foreign tourists chose Neuschwanstein Castle as the best tourist attraction in Germany. Europa-Park came second in closely followed by the Cologne Cathedral, which is a UNESCO World Heritage site. 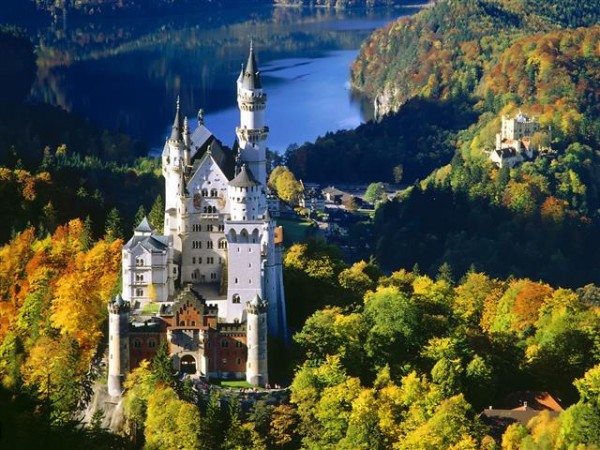 In the survey – the second of its kind – conducted between July last year and the 31st of March this year to determine the most popular tourist destination in Germany, tourists were allowed to vote for their favorite locale at the GNTB website; germany.travel/top100. This list featured 700 tourists' favorites ranked according to the votes cast.

The site reportedly registered well over 46,000 clicks throughout the entire survey. The survey will be included in the Germany's Top 100' Apple and Android app. The app was designed to equip tourists with general information before visiting Germany.

Judging by the even geographical spread of the initial 100 locations, tourists seem to state that all of Germany's states are endowed with beautiful tourist attractions. The prominence of the UNESCO World Heritage sites on the Top 100 list also seems to suggest that they are a particular favorite among tourists who have been to the country. There are 19 of the country's 37 UNESCO sites featuring on the Top 100 list.

The German National Tourist Board also included a portion in the survey to gauge the popularity of its own website - www.germany.travel. Tourists were able to rate the Tourist Board's site as a follow-up. The site received 90% favorable reviews.