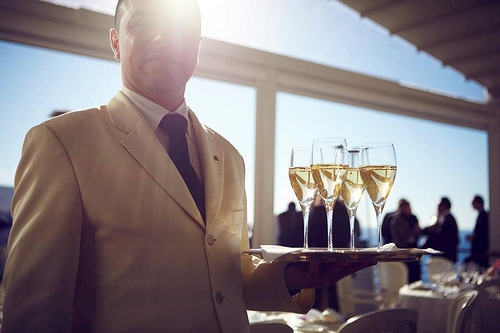 World Travel Market 2013, the leading global event for the travel industry, will host its first A Taste of ILTM at WTM on Monday 4 and Tuesday 5 November.

A Taste of ILTM at WTM, in association with fellow Reed Travel Exhibitions event International Luxury Travel Market (ILTM), will see up to 60 luxury UK buyers - who buy global products - hold a minimum of 30 pre-scheduled business meetings with luxury exhibitors.

The event brings the successful pre-scheduled appointment system and table-top meeting structure from WTM's sister event ILTM. Meetings will be up to 20 minutes long giving exhibitors and buyers the opportunity to explore the potential for signing contracts. The two-day event concludes with a high-profile headline speaker from the luxury sector and a Champagne networking reception.

The two-day event, which takes place during the first two days of WTM 2013, will focus on luxury UK buyers, especially those who will not be attending ILTM in Cannes from 2-5 December 2013.

"The luxury market has ridden the recent global financial downturn better than any other sector and is a growing market around the world. ILTM in Cannes is a global invite-only event, which means many UK luxury buyers are unable to attend. WTM is offering them the unrivalled opportunity to conduct business with a large number of luxury exhibitors in the UK."

Both exhibitors and buyers will have access to WTM across the full four days (4-7 November), as well as the co-located Travel Tech Show at WTM and Business Travel Market.

A Taste of ILTM at WTM will take place in the UK region of the WTM exhibition floor, near the West Entrance to ExCeL – London in Hall N1.

It is one of three new initiatives at WTM 2013. The other two are;

Find out how to participate here - www.wtmlondon.com/luxury

World Travel Market, the leading global event for the travel industry, is the must-attend four-day business-to-business exhibition for the worldwide travel and tourism industry.

WTM, now in its 34th year, is the event where the travel industry conducts and concludes its deals.

WTM is owned by the world's leading events organiser Reed Exhibitions (RE), which organises a portfolio of other travel industry events including Arabian Travel Market and International Luxury Travel Market.

In 2012, RE held more than 460 events in 36 countries bringing together more than seven million people from around the world generating billions of dollars in business.